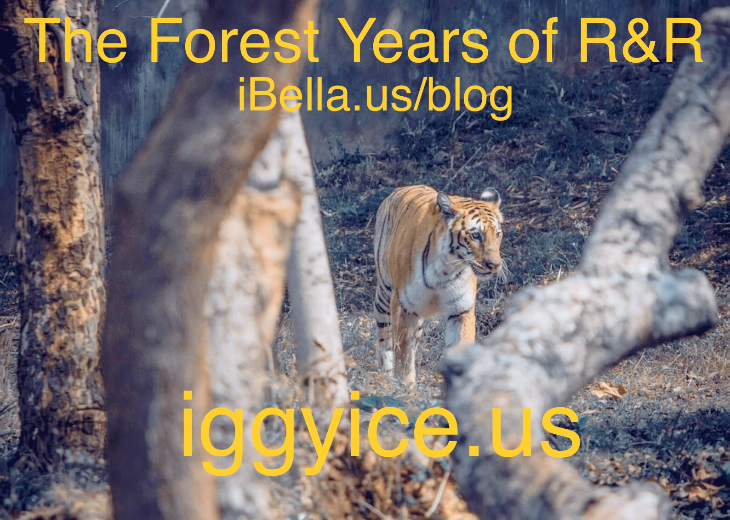 Okay. Let’s try this a different way. I’m going try to get you to read the bottom of this tread about the soul, by talking about Rock-n-Roll at the top of it. There are plenty of famous musicians getting ready to exit the Forest Years. Mick Jagger (70) hasn’t written a new song since 1989. What were you doing for the past sixteen years after being inducted into the Hall of Fame Mick?

Well, there’s not much to strive for in the industry after you’ve achieved immortality though the R&R Hall of Fame is there? Well, yes there is. Record sales for one. Or, digital download I should say. I’m old school and still think about how the records use to spin at different speed based on how much music was crammed on it. 45’s, 33’s, 78’s? Did I forget any? That being said, if Mick Jagger didn’t achieve this hall of fame status until much later in his lifetime, I’ll bet you that he’d have several, if not a dozen more songs. Why? Because if getting into the R&R Hall of Fame was his ultimate goal, there was no reason to remain in the forest. Like Mick, don’t leave the forest at age 44 just because you have it all. “Mick, I apologize for using you as an example to illustrate this thread, however, such is the price one pays for stardom. If it makes you feel any better, Mick, tomorrow is about Brian Wilson!” iAndroid (copy of thread sent to Mick’s email). Repost from January 24, 2018

This tread started while visiting a friend’s blog. I don’t have permission yet re-publish it, so I’ll just give you the highlights here, and then you can go to her page and read the rest if that’s what you desire to do. The blogger talks about being in the “forest years” 50-75, which is a time when someone should be seeking spiritual enlightenment. Emphasis on the should. She mentioned how the Maharishi said, (not sure if this is a quote) The wandering elder sanyasis create streams of coherence weaving through society. The tradition is to welcome them as God into your homes wherever they show up, providing them the best of everything the household has to offer.

I’m with you in the forest, however, I started my spiritual journey at 40. Welcoming the elderly into our home is mutually beneficial. The older we get, the more of God’s virtues we get a chance to experience, which then causes or purposes wisdom to happen as a verb in our lives. That’s when I started to see God as a verb and began the god-ing process, reflecting His love and mercy (virtues), as a living example. The forest has tall trees. I try to climb to the top of these spiritual trees to get a panoramic view of what is ahead. Turning 60 in six weeks. If that means climbing trees for another 15 years, then I guess I should have been a lumberjack! (Update: Turning 63 in 8 weeks).

Success in the music industry is measure by tracking sales and how much money a song earns. God measures our success by what we did, how we did, and who we affected in a positive way. It’s funny how we learn about that our soul will be weighed on a scale by the angel Dokeil, and how musical notes are placed on a scale to tell that song’s particular story. Our life is a series of songs. Each one tells part of our story. Our discography is the sum total of our life’s works (good and bad). I’m so glad that God doesn’t judge us the same way that the recording industry does! If that were so, our soul would be only as valuable as our record sales allow, and let’s face it, the average person is not selling many records! Thank you God for judging us based on the harmony of each note we sing as it crosses heaven’s veil into your holy ears and not on our over-all record sales.

The rest of the musicians left in the forest for subsequent threads are as follows but not limited to: (I always want to say that!)